Spoiler alert: No, all dogs do not like to be petted!

“Seriously Kayla, do you really think I need to read an article on how and when to pet a dog?”

I can almost hear what people are thinking. But please bear with me. I hope to give you some things to think about that you’ve not considered before. 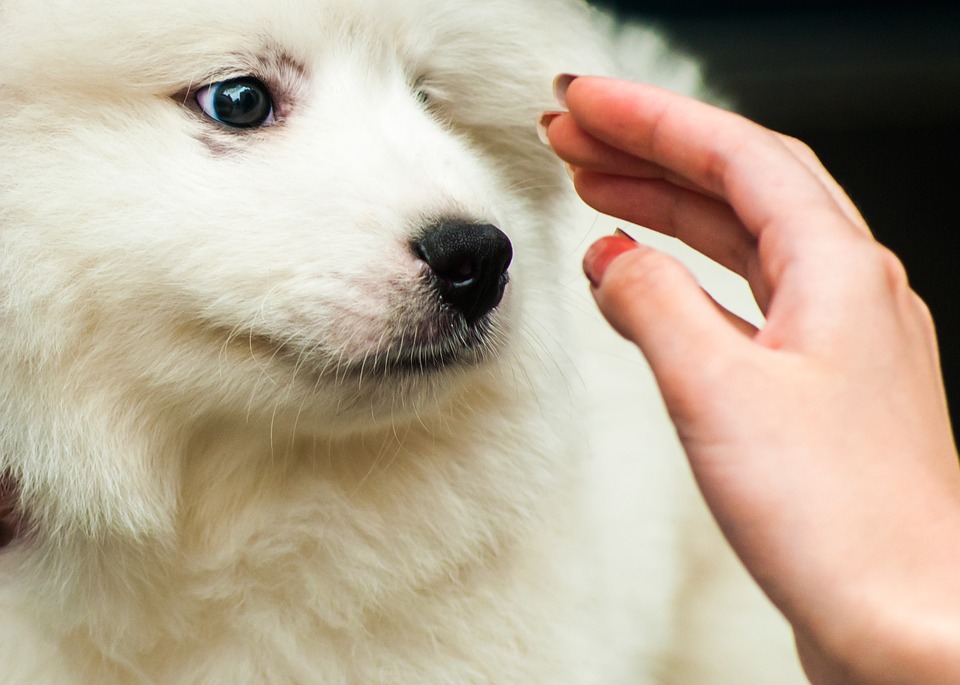 It can soothe a frightened animal. It can bring comfort and reassurance. It can be an expression of affection and caring. It can ease tense muscles with a massage.

So when we touch an animal to try to make them feel good, we rarely give any thought as to whether the animal likes it.

Let’s look at it from some human analogies.

A person you were just introduced to, grabs you in a big bear hug. Their intention is friendly. But you barely know them.

Or maybe you’re right in the middle of something and someone is trying to give you a massage. What might feel good, might instead be annoying!

Even touches that are good in some circumstances may be scary or annoying in other situations.

When humans go to pet a dog over the top of the head, especially when they just met the dog, it’s a lot like a stranger giving you a bear hug. When you see the dog duck his head or back away, he’s trying to tell you, “nope, don’t do that.”

Dogs may back away. They could growl (and people often decide they’re a bad dog if they do). There are other ways they try to tell us “no”, that are way more subtle. They might duck their head, lean their body away from us, scratch themselves, or they may even freeze if they’re fearful. (Fight, flight, freeze.)

Always ask before approaching a dog that isn’t yours!

People who would never dream of touching a child that doesn’t belong to them, seem to have no hesitation to go up and touch dogs that aren’t theirs. And many don’t feel they even need to ask the owner!

Some dogs are ok out in public, but don’t like strangers. If you approach, you may upset them. I’ve had foster dogs who were afraid of people. Random folks who think they’re dog savvy would try to pet her, and it terrified her. Please don’t pet stranger’s dogs without asking! And even if you do ask, let the dog approach you.

We periodically see news stories going around where a camera is rolling and a stranger is petting a dog they don’t know, and then the stranger ends up bitten. In this video, the dog is giving subtle signals, turning his head away, backing up, and as politely as possible, Barney is asking to not be petted. But the person ignores his signals until he snaps.

People can get hurt and dogs can end up euthanized when people ignore warning signals and insist on petting a dog who does not want to be petted. When you watch the video, pay careful attention to every time Barney is trying to say no.

So how do you know if a dog wants to be petted?
He might move closer to you. He could nuzzle your hand or even push it to move your hand into a petting position! Your dog could flop on to you or touch you with a paw to say, “don’t stop!”

There’s a way to figure out whether the dog wants to be petted that’s even better than trying to read, perhaps subtle, body language. You can do a consent test.

Pet your dog for 5 seconds.
Stop.
Note what your dog does.
Does he walk away? Nudge closer?

Teach Your Children How to Properly Pet Dogs

As noted in an earlier article on dog bite prevention, children are more likely to be bitten by dogs than adults. (link). There are many reasons for this but one big help is to teach your kids to never pet a strange dog without asking permission from the owner. You can also teach children to do a consent test and coach them on what consent looks like and how to read it when the dog is telling them no. Very young children, including toddlers, should not approach strange dogs at all.

This video has a wealth of information and shows the body language of dogs that do and do not want to be petted.

Eileen Anderson has some excellent video footage and an article on consent tests for petting dogs:

Does your dog really want to be petted?

Debby McMullen has written a great article with a lot of human analogies:

Consent. It’s not just for people.